Because the Scottish Will Celebrate Anything

I’ve been doing my time up here, and learned certain things about the Scots. The first noble truth (to paraphrase Descartes and a YouTube video about Shrek) is that Irn Bru is life, Irn Bru is love.

The following picture is totally, 100% real, and the biggest factor in reminding me of the differences when shopping in Scotland – yes, it’s the Irn Bru aisle. 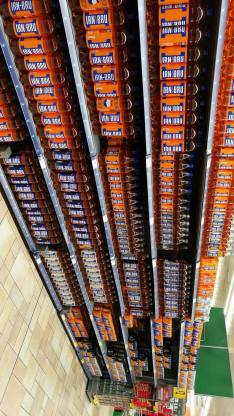 So with that knowledge in mind, I have no idea why I was surprised to learn about the carnival-type festival, courtesy of Irn Bru, that takes place every year. It’s a veritable extravaganza of rides, food, and noise; however, much to my dismay, Irn Bru was not complimentary – in fact, they had increased the price. But for a dainty sum you were given ten ride tickets, with each coaster or ride taking one ticket per go and prize tents taking two. This is more the carnival of my youth; bottle topping games, candyfloss, hook the duck, and the infamous ball in a bucket – all to win a mid to large sized teddy bear that will take up too much room and end up going in the loft. Quite the shame that winning a goldfish has been removed from practice (well lah-dee-dah, RSPCA, you saved the goldfish, well done, world peace achieved). At any rate, I failed to win anything on those aforementioned stalls, apart from the candyfloss (that game was surprisingly easy).

I did, however, achieve motion sickness on several of the rides. Yay for me, letting my hair (which hasn’t been cut in two and half years) fly free and whip my coaster companions in their faces. If there’s one thing long hair is good for, it’s slapping people.

The night was long and many rides had queues that were longer, so the arcade was our next stop. Once again a blast from the past, I had no idea what I wanted to do first. The crane machines? The derby races? Maybe those crappy photo booths that take a low-resolution photo of you and then make it into an even lower resolution photo of you, except it looks like a charcoal drawing? My oh my, all the fun of the fayre came to Glasgow that night!

In truth, I spent most of the evening surrounded by some cool people, having a questionable hot dog dinner from a vendor nearby and cracking a few ribs on the dodgems (if my technique there was anything to go by then I really should learn to drive soon). At the end of the night came the panicked realisation that I had just experienced a Lighter Journal article, so I whipped out my phone, stole a lighter from my friend, and commemorated the evening, 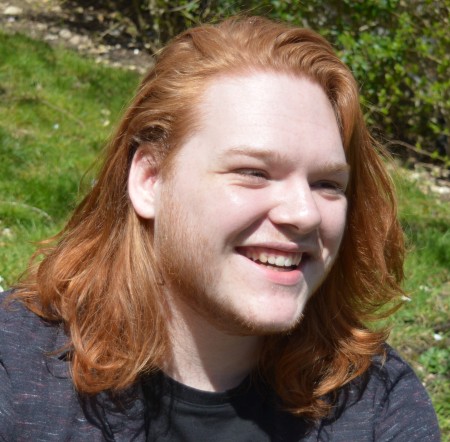