Christmas and Winchester go together as well as rainy days and good books. Every year my hometown’s bones seem to pop through its cobblestone skin, revealing a bloodstream of carollers, starry lights, and mulled wine.

However, when Advent came around this year I found myself feeling distinctly un-Christmassy. Perhaps it was the predictable but disappointing lack of snow, or my being on the other side of the counter. Maybe even my being old enough that it takes more than a twinkling tree to get me excited.

It was only a matter of time, however. Working in town, I spent days in the thick of the rush, and by the second week of December things had clicked. Like the flame of a lighter, my Christmas spirit had been switched on. I found myself wishing every customer seasonal greetings, being blithe and irritating in the persistent delusion that Christmas puts everyone in a better mood. 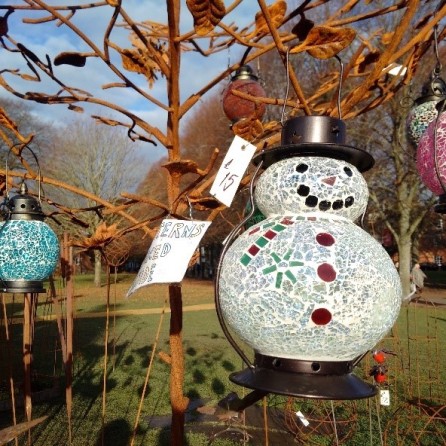 Working in the high street most days setting didn’t really set me up for Christmas shopping this year, since the last thing I wanted to do on my days off was spend time in town, but December arrived, and with a distinct lack of presents sitting in the top of the wardrobe, I decided it was about time I got myself organised.

With Heather, my sophisticated shopping buddy and fellow writer, I headed to Winchester. Discussing our game plan on the way in, we arrived in time to beat the queues for the cinnamon-scented throng that makes my home’s yearly Christmas market. 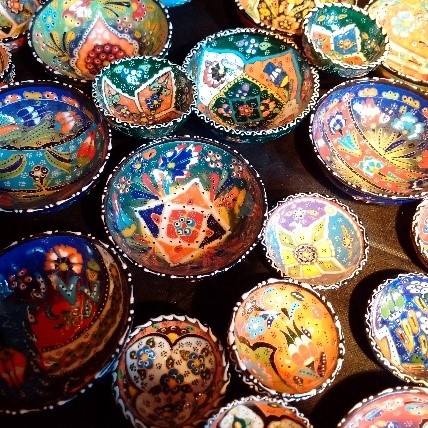 I think, when buying presents, it’s always helpful to consider what people really need. I like to give presents that have a practical use, rather than ornaments and trinkets that wind up on shelves or tucked away in boxes.

Winchester Christmas Market, with its mixture of googly-eyed reindeer, Turkish throws, and paper star lanterns, doesn’t offer much by way of practical gifts, so I soon found my ideals dismissed in favour of a more you’ve-left-this-too-late-now-just-choose mentality.

A rosewood box and a probably-shouldn’t-have present for myself later, and we found ourselves surrounded by a milling crowd of tourists. I read somewhere that the Christmas Market was visited by 350,000 people last year. It’s an impressive statistic, and I was braced for a rush, but I didn’t expect everyone to have returned on the same day this year.

Bearing our purchases out like fish being pulled along by the shoal, we squeezed our way back into town for coffee with Bethan, cramming ourselves and our aching feet around the very last table in the Forte Tearooms.

I’m not actually much of a shopper. When going it alone, I have a military approach, operating under one goal: to get in and out of the shops as quickly as possible. But sitting in coffee shops with a bag of niceties and the company of friends is a good deal more fun, and at this time of year it’s hard, no matter how much the thought of the crowds make you nauseous, not to be infected by the universal feeling of anticipation.

Christmas presents? At least I can say I’ve started. Travelling home with Heather’s Christmas pickled wreath fumigating the car, I found myself in the mood for Christmas CDs and Quality Street.

I guess some things you just never grow out of.