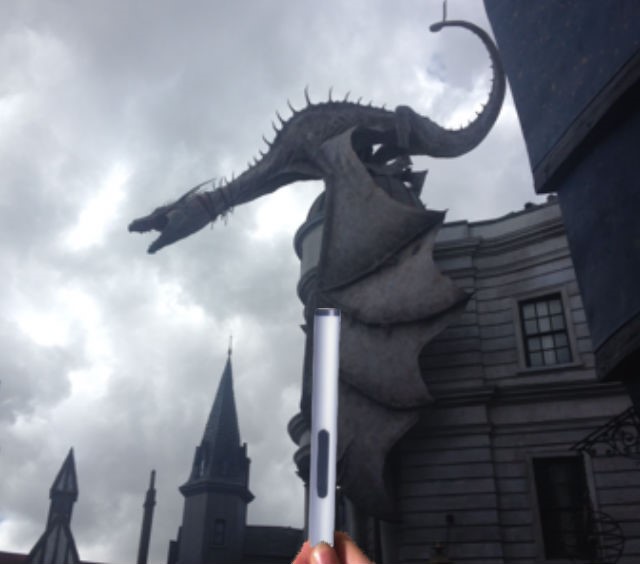 A Magical Time at Orlando Island of Adventure

Last month was Halloween. Unfortunately, I forgot that Halloween was coming up and wrote an article about Busch Gardens instead. When I was in Florida, we visited was the Orlando Houses of Horror, which would have been perfect for a Halloween article (you can enjoy a photo of me there below). But instead of writing about that, because I am a scatterbrain and maybe have early onset dementia, I’m going to discuss something a little different, yet also similar: magic. Or, more specifically, Orlando Island of Adventure.

You are probably sitting there, scratching your heads in confusion. How is that similar? Let me explain. Halloween started out as a Pagan ritual and Paganism is sometimes associated with magic, what with the Spanish Inquisition hunting down suspected witches and what not. I have a fascination with magic, especially considering I want to write science fiction and fantasy.

A new addition to the Marvel Cinematic Universe has come out recently, and it is all about – you guessed it – magic! Doctor Strange stars the masterful Benedict Cumberbatch (please don’t hate me for my opinions!) as the eponymous hero. It also stars Tilda Swinton as the Ancient One and Mads Mikkelsen as the villain whose name escapes me. Now, I know these two other fantastic actors from different films: Tilda, as the magical White Witch in The Chronicles of Narnia: The Lion, the Witch and the Wardrobe, one of my favourite films as a child, and Mads I know through Casino Royale, as well as the NBC series Hannibal. Anyway, I am hoping to see Doctor Strange soon with my friends. You might be wondering why I’m rambling on about this. Well, I believe movies are one of the greatest forms of magic we have in our world, what with their power to enchant and transport us. Maybe that’s why films inspire so many theme park rides; we’re always desperate to recapture the way they made us feel.

The Universal Island of Adventure Park has magic to behold for the whole family (jeez, I sound like I am advertising it). There is an area there with a Marvel Universe theme, and rides based on specific characters such as Spiderman, Doctor Doom and, of course, Doctor Strange, if memory serves. The Hulk and Spiderman rides in particular were my favourites. The Hulk ride simulates gamma exposure, and then Woosh! Off you go on a track at sixty miles per hour, almost as if by magic.

But the best part of the park is the Harry Potter World. Here, they have Gringotts Bank, Diagon Alley, Knockturn Alley with a moving hand of fortune (which scared my mom to death by the way) and of course, Hogwarts itself. I relived my favourite childhood films again here. They even had a Knight Bus with shrivelled heads. Their attempts at British accents made me laugh, though. 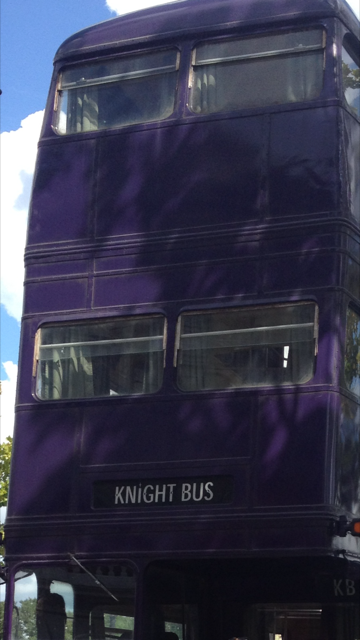 What with the attention to detail that they had in formulating and building the rides, they must have used magical means (pun intended (and you can make a fun drinking game based on the amount of times I have used the M word in this article)). They have 3D roller coasters based on the final two films: Escape from Gringotts, from when Harry attempts to steal from Bellatrix Lestrange’s vault, and the Harry Potter Experience based on the Battle of Hogwarts. They even have a Hogwarts Express that takes you across from Orlando Studios to Island of Adventure. The dragon ride, Dragon Challenge, simulates the Tri-Wizard Tournament event with the Hungarian Horntail and the Chinese Fireball.

Here is one of the most magical things I discovered: if you bought a wand from there, like I did (I know, simple things please simple minds. But it’s something to allow me to remember it!), the World of Harry Potter will react to your actual movements. Lift up something in the window and it moves with you.

With that in mind, I decided to pick up a wand lighter so I can use it like a wand and say ‘Lumos’, lighting up the darker times. I only hope I don’t burn down the house.

(Magic tally including -al: 11 or 11 including this one. You will be magically smashed by the end of this. oh see what I did there. A….ha…no.)