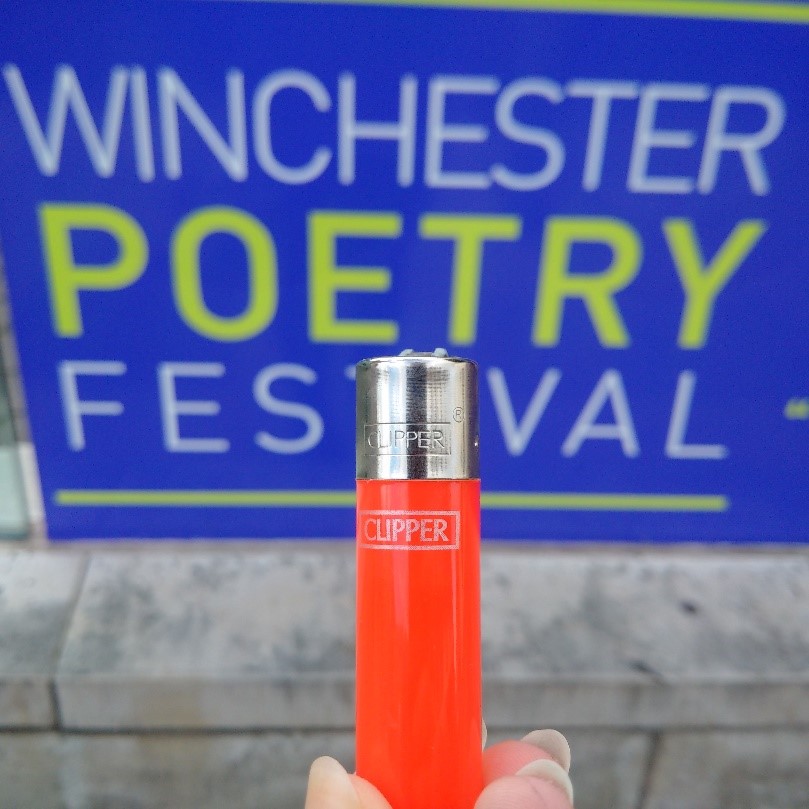 I confess, through gritted teeth, that I have written poems on occasion, but I will be the first to admit that they aren’t worth taking seriously. Plato said ‘poets utter great and wise things which they do not themselves understand,’ so it seems a tad presumptuous to suggest that this art can be bluffed. By this lofty definition I’m a phony, and truth be told I lack the artistic decency to feel bad about it.

Most of the time I don’t even like reading poems. Good ones seem to be the proverbial unicorn – glittering and brilliant, but missing-in-action for centuries.

It’s logical to wonder how I arrived at the Winchester Poetry Festival, so I’ll just confess. I’m a ridiculous optimist. Continuing failure on my quest to find a brace of enjoyable poems has never served to dishearten me, so when a volunteer role came up, popping into a conversation at work, my only thought was, ‘well, why not?’ 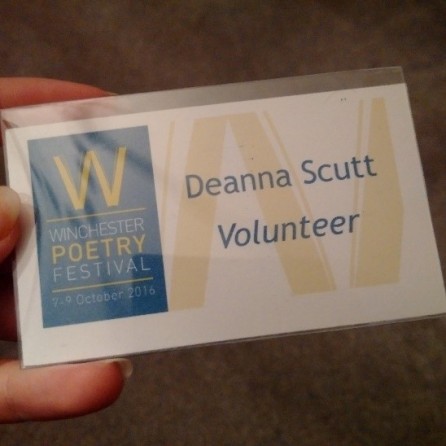 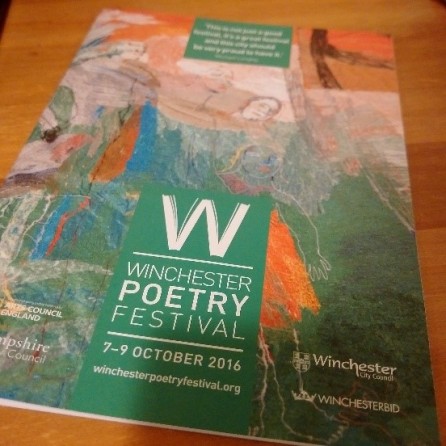 I arrived on the Friday, armed with an obnoxiously blue volunteer t-shirt, a spreadsheet of tasks for the weekend, and a perilously obvious name badge (retail has taught me that customers enjoy the merit of knowing your name only for the purpose of complaining).

The first thing I saw was a 1970s ambulance, and I was relieved to know that someone understood. With weekends off work a precious commodity, my willingness to spend three free days working somewhere else was clearly a sign of madness. I belonged in hospital.

However, it turned out that this was not a physic-medic tuned-in to my needs. The vehicle parked in front of the Discovery Centre was in fact ‘The Emergency Poet’, also known as Nurse Verse, who prescribes poems for whatever problems people bring her way.

I’m not making this up. Deborah Alma is a real woman, and this is her job. 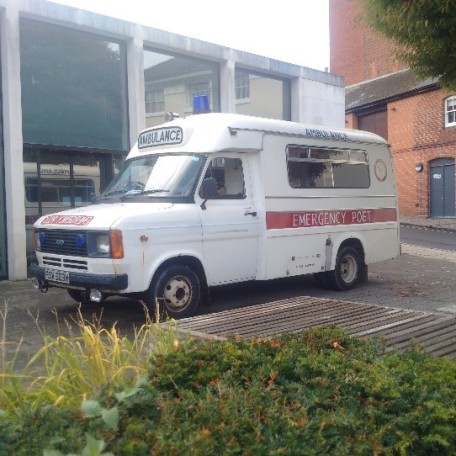 I had never attended a poetry festival before, or even volunteered in the arts sector. I went into the weekend with few expectations, save an idea of what a poet might look like (I was not disappointed).

With uni months behind me, there was something novel about sitting in on a lecture, especially one about a poet’s quest to track down her grandfather’s Soviet file. Finding a corner to hide in on more than one occasion, I learnt about the influence of female voices in Jamaica, and watched poet after poet, baring their work to an audience eager to hear the passion thrumming in their voices. At some point on that long weekend I realised how much I’d missed being in the presence of other writers. 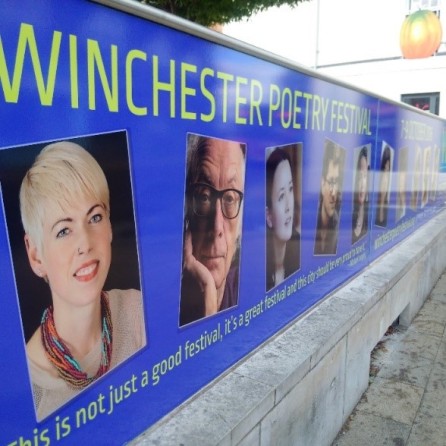 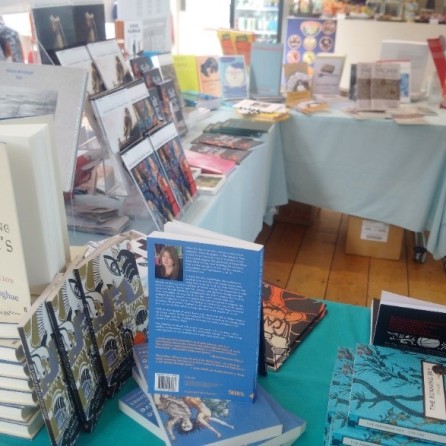 Three days slip through the door behind you when you aren’t watching the clock, and before I knew it the tables of books were empty. The welcome desk was tucked back into its corner, I had my lighter photo, and I was heading home.

Safe to say, volunteering at a poetry festival did not make a poet out of me. I didn’t write any verses from the weekend, but I did find myself thumbing through books I had abandoned at A-Level, until I got to Sylvia Plath. Sometimes, she is my favourite poet.

Few things fire up the creative mind more than the jealous love that twists your stomach when you read something you wish you’d written. Plath’s poems, with their bittersweet idealism, evoke such feelings. I found a quote from her poem “Firesong”, which seemed to sum up my mood: inspired to better myself after spending a weekend being humbled by other people’s talent.

‘Brave love, dream not of staunching such strict flame, but come, lean to my wound; burn on, burn on.’