A Duck with the Sizeable Coiffure

I’ve started working in a shop, recently. Don’t get over-excited, you jealous fiend– now that you’ve calmed down, I’ll explain its relevance; put simply, it’s an occupation that’s made me think about how we live.

I know, I know– just imagine me, stood behind a till, having revelations about 21st century life. But think about it for a minute; goods come in, boxed up and pre-packed, which have travelled further than I ever have (do you know how weird it is to look at a pencil and realise it’s better travelled than you?) Then the hordes of customers rush in and scan said goods through a machine, pay and leave without ever seeing a human being to serve them. It just seems like everything can be quite distant and clinical nowadays, manufactured goods sold to manufactured people with manufactured lives. Sometimes, you need to stop for a moment and remember all the skill and craftsmanship that has depleted as the factories have risen… and that’s where Bentley WoodFair comes in.

The green I arrived at was filled with stalls. In them, people whittled and turned, masterfully chipping away at their wood to carve spoons, figurines, dollies and doorstops. Some pedalled with their feet, in turn moving a string that wrapped around the wood and spun it as they carved. Others wedged chunks of pine and birch into benches in front of them, using sharp tools to cut the wood away, pulling the blades towards themselves with masterful precision, always stopping just in time. 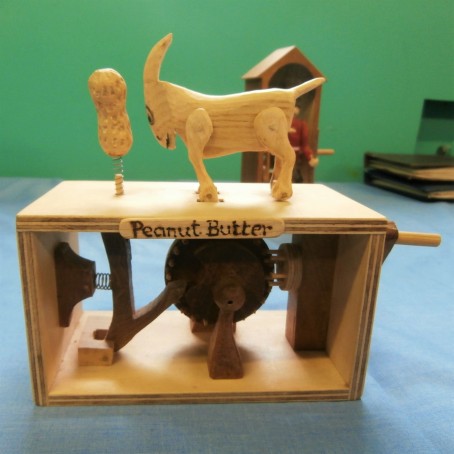 Soon, I moved into the woods, where camps of vintage tents and caravans hid, concealed amongst the trees. Their residents coloured wool, printed fabric and made pegs. I purchased one, simple but strong, and placed it in my pocket. 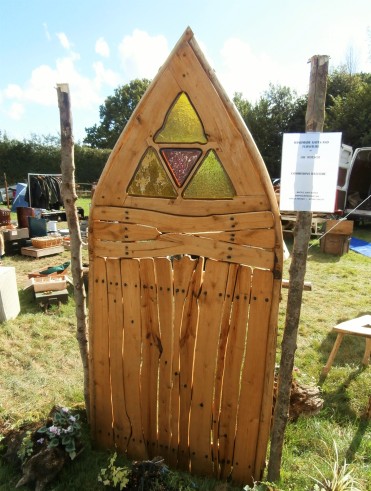 I already adored the event itself, but while given the rare opportunity to visit Bentley, I had to investigate some of its permanent features.

I was not mentally prepared for the Wildfowl Reserve. I imagined some nice ducks, coloured feathers, cute waddling, that sort of thing. Instead, I got this:

Yes, my darlings. You are not mistaken. That is Mrs Slocombe reincarnated as a duck. Sherrie Hewson isn’t the only one imitating her this year. (Bitter mutter.) It was a creature that oozed effortless charm, so much so that I expect it admires itself in the water when there’s no-one around to coo over it, the narcissistic bastard.

Aside from that, the whistling geese with red bobbles on their faces and the angsty teenage swan that goaded me with its warbles, it was a tiny bit extraordinary. Flamingos stood still, like upright flowers, no acknowledgement of the world around them. Ducks lounged in the sun, their heads turned and beaks buried in their feathered backs. I walked through a leaf archway to find two peacocks perched on a hut roof, their baby down still woven in amongst the unmistakable blue and green plumage. 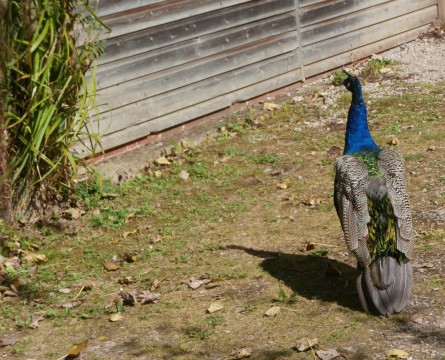 Back at the fair, I watched the falconry display, the rescued birds swooping and gliding across the arena. My favourite was a huge mischievous owl called Fraser, who couldn’t be bothered to move. I related to him. After that, I had quite the experience watching Morris Dancers shake their hankies and whack their sticks as they jingled around the field. 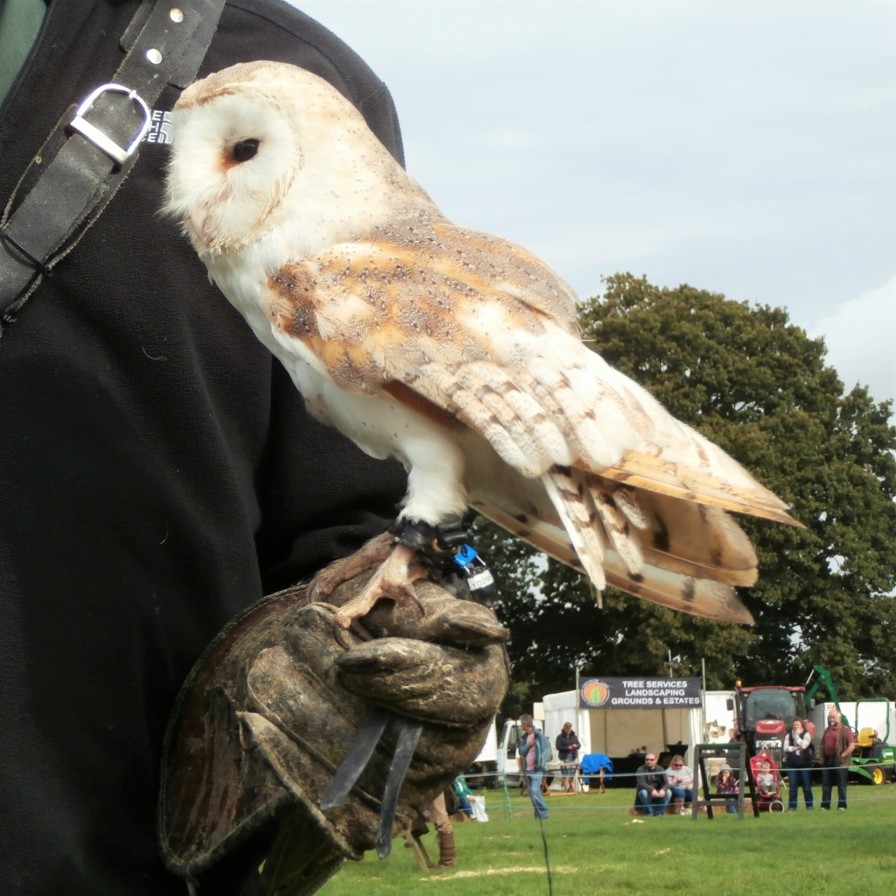 It may not be the best comment to make about the WoodFair, and I hope that I offend no wooden bowls or oak coasters by saying this, but the best moment of the day was visiting the bat hospital’s stand. It wasn’t something I expected to see, partly because I didn’t realise that bat hospitals existed, and partly because – as far as I know – bats aren’t made of wood. But it did mean that this happened: 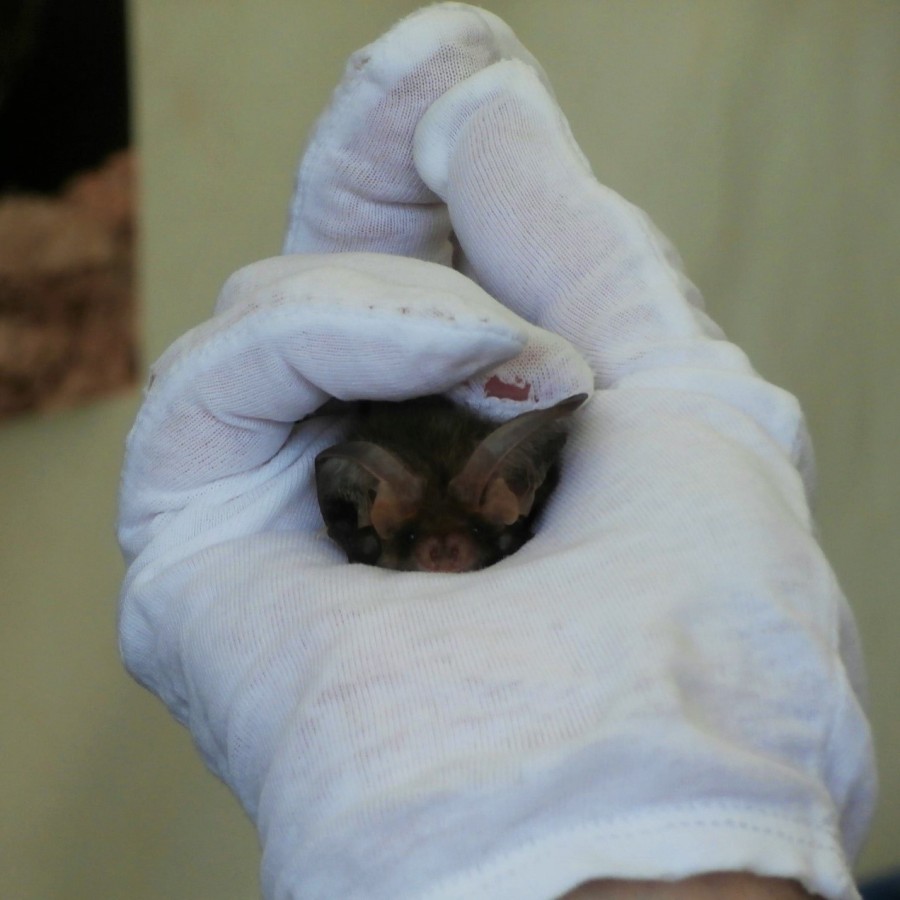 Alas, that’s not my hand, but then these little orphaned bats have been through enough without being passed around like old photographs. Rather, it’s the hand of the extremely passionate… well, I’m unsure of her official title, so let’s go for bat lady, who told us of how she took bats into her care. She was utterly admirable, but also spoke with uninterruptable gusto about bat urine. 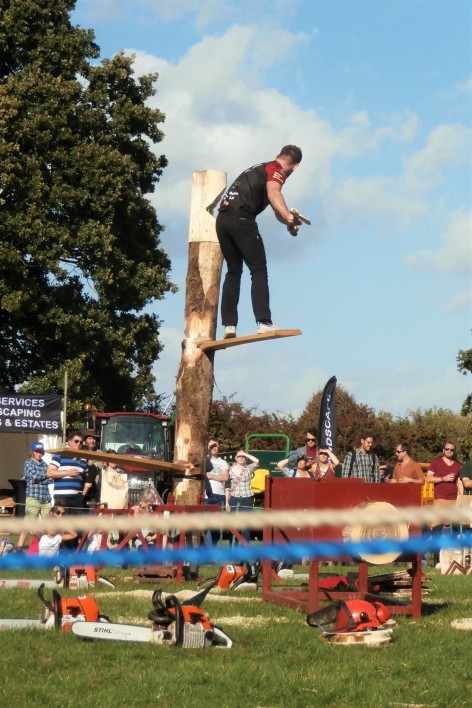 On a day like this, my simple tartan lighter was the perfect find. As I held it in my hand and stroked the smooth plastic, I thought of women and looms, speed and colour, skill and knowledge. Everything about it was right. A touch of the traditional still making its way into our modern world. And although that world continues to evolve, you can still find traces of tradition, if you know where to look.