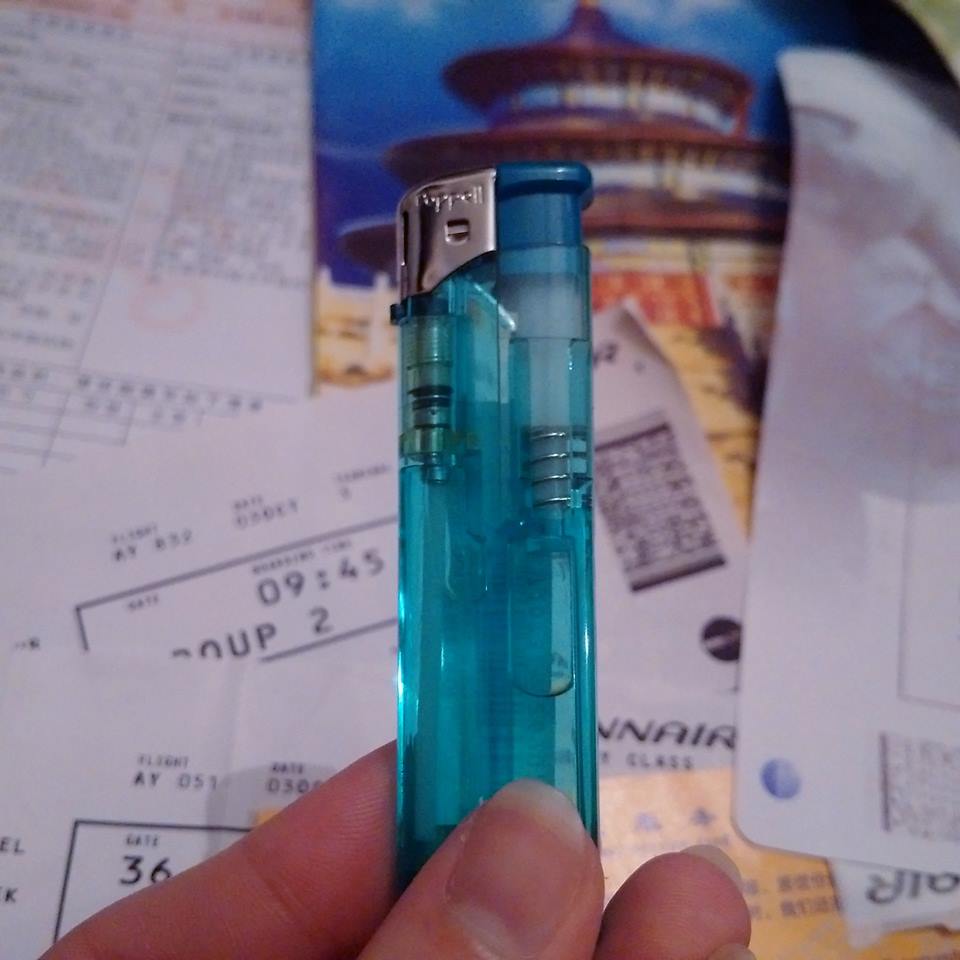 The City of Tomorrow

At about this time last year I arrived in Beijing, the first days of autumn were clinging to the last of the summer. Prepared to face the elements with enough fleeces and waterproofs to start trading, I found the city full of sandals. With tap water unadvisable for foreigners, whoever was selling bottles made a killing from the unprepared tourists, including me.

Twenty percent of the world lives in China. It is the 4th largest country on the map, and my visit to Beijing coincided with the 66th anniversary of the People’s Republic. Here, holidays are truly national affairs, which meant that this busy city was even busier than usual; flooded by the rural population, flocking in from the provinces to celebrate.

Before my trip, I had never left Europe, but I thought I had a grasp on this land of dragons and emperors.

Perching on my case as my party and I sped out of the airport on the shuttle train that links arrivals with the city, I realised that there were no statistics that could have prepared me.

There is a song which runs ‘there are nine million bicycles in Beijing. That’s a fact. A thing we can’t deny, like the fact that I will love you ‘til I die.’

I beg to differ, because nine million is an understatement. Beijing is a city where cars are outnumbered, vastly, by mopeds and bicycles. The traffic in general is insane. There are no real crossings, and traffic lights go unacknowledged. U-turns are commonplace, and when crossing the street all you can do is step out and let everyone swerve around you, feeling like Moses on the Red Sea. 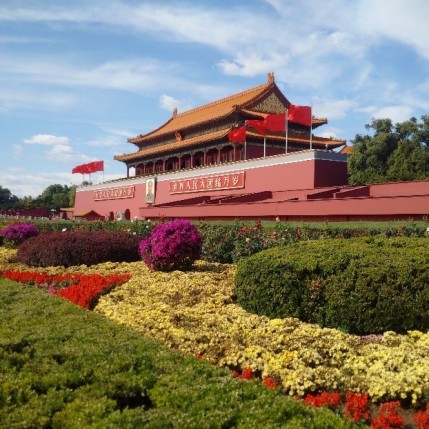 Beijing covers six thousand square miles. To put that into perspective, London covers six hundred. It is a metropolis into which a small nation could disappear.

The Chinese, driven by the concept of ‘face’, are house-proud, but Beijing is a patchwork city. It has eaten its own history and vomited out a mass of noise and industry. Loud and polluted, there is a sense that this is a country determined to move forward at any cost, but old China leaks through the cracks in the pavement. In places it comes spilling through the walls, dragging the bitterness and beauty of this country’s history into view.

Aspects of China’s past are seldom evoked in words. Our guide told us that this is all part of the ‘face’ concept. The Chinese do not like to acknowledge that which was unsavoury, or shameful.

‘What happened to the tank man?’ someone asked.

‘Most people don’t talk about him,’ was the unsatisfying answer. 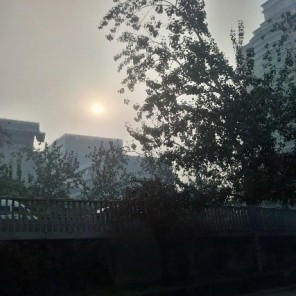 Passing under The Gate of Heavenly Peace in Tiananmen Square, I read its epigraph, which roughly translates as ‘Long Live the People’s Republic of China. Long Live the Great Unity of the World’s Peoples.’ Chairman Mao’s portrait sits between the two phrases, looking out over the crowds with a pensive stare.

There is something conflicted in China’s national identity. This is a country which forbids religious practice, but is riddled with superstition; most women wear a jade bangle on their left wrist as a charm for good health, and there is no such thing as the fourth floor, on any building, because four, or ‘sì’ (四), is very similar to ‘sǐ’(死), which translates as death.

Beijing is a city of tomorrows, a city crying out for what is to come, and leaning towards it with open arms, but at dusk you can’t walk five paces without seeing someone sitting on the pavement selling trinkets, just as it was a hundred years ago. Everywhere the new brushes against the old, and the old, though victim to the fast pace of change, is alive and well. 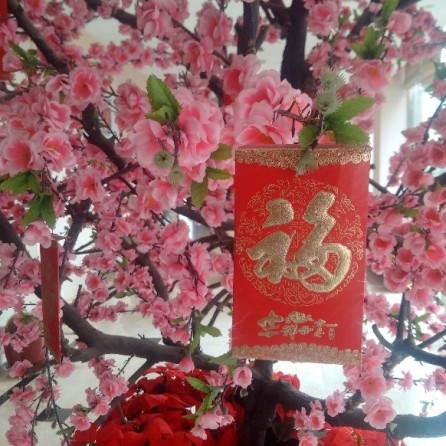 In China, even colours are linked to old beliefs. The Forbidden City, which I skimmed the surface of in a rushed tour, is riddled with this symbolism, from the lavish imperial gold to the bright, lucky red of the walls. Blue is also prominent. It is the colour of Heaven, of spirits and higher places.

In accordance, the lighter I chose for this article reflects the colour of the sky above the Forbidden City. The colour of my strange, spiritual adventure, and its lasting impact on my life.