It was a cold Saturday morning in July. It’s been raining for days, but today it seems to have let up. A good sign.

Hazel Grove Carnival is here. There’d been posters up for weeks, a horrifying looking clown hovering over the details of the event: Torkington Park – Saturday 16th July. 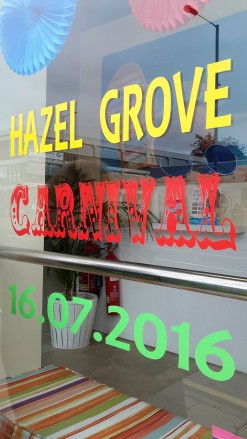 I hadn’t been to Hazel Grove Carnival for easily over ten years. I’ve been working Saturdays for four and we always managed to be on holiday for it. But the time I did go, I was maybe six years old, and it was amazing. The carnival has been running for years. It’s existed since before I was born, and it’s one of those events that brings everyone together. There was fancy dress and floats and BBQs and the pubs would open early and be open all night. The best day of summer.

Ask anyone over the age of twenty and they’ll tell you one thing. The carnival is crap now.

I tried to disregard this as I donned my coat and headed down towards the A6 with my mum. We found a place to stand along the railings in front of an office, across from The White Hart.

The White Hart used to be, excuse the pun, the heart of the carnival. Most of my memories of the summer were spent in the tiny beer garden, after sitting on someone’s shoulders to watch over the packed street as the parade came past. A handful of change from my step-dad, cheering and whistles as people I knew would wave and laugh as they danced on decorated truck beds.  And now the pub is empty and boarded up.

My mum echoed my thoughts that it was indeed a sad sight, and then we were distracted by the distant drums. The kids who were waiting around suddenly sprung up to clamber onto the rails.

Following the drums was the very distant screeching of bagpipes getting closer. My first thought upon seeing the parade was there used to floats. Loads of them, full of people dancing and music loud enough to hurt your ears. There were only two in this year’s parade; a few cars with princesses sat in the boot and a drag queen in a convertible. Other than that it was mostly a walking group. 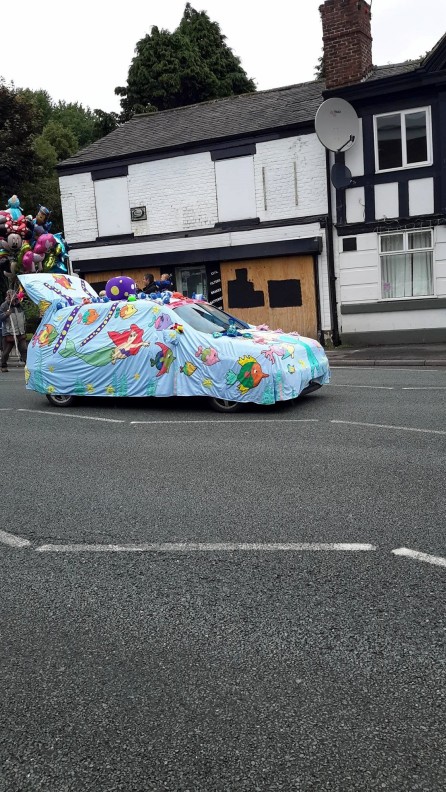 My favourite thing was the steam engine that just casually followed the cheerleaders down the road, and the old van with brewery barrels on the back – because it’s the north and you can’t have party without a good pint.

Following the parade to its end point you get to Torkington Park, where there’s over-priced food and a tiny selection of fairground rides that haven’t aged that gracefully, still blaring out the same music like Smash Mouth and When I Grow Up by the Pussycat Dolls. 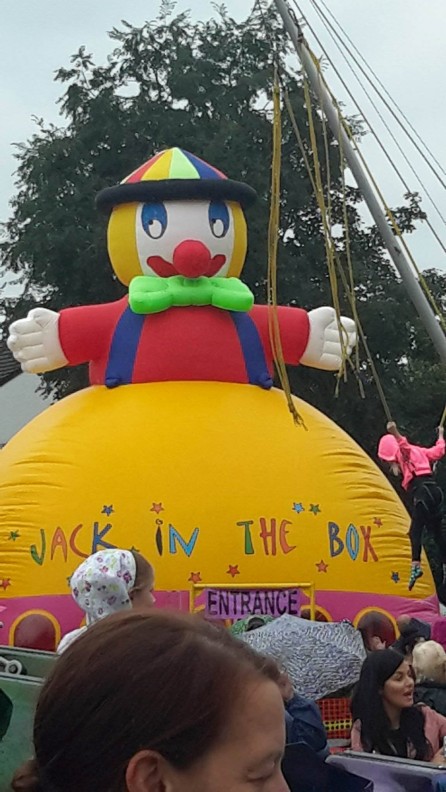 I walked around the park in the mud with my mum. We looked at the stalls and had a go on the Hook-A-Duck (you can’t win fish anymore), as I thought about how quiet the park seemed. Obviously, the music was blaring and there was a terrible local radio DJ on the stage microphone making jokes. But there was no hustle and bustle, no vibrating crowd.

I could remember clinging onto my parent’s hands so I didn’t get lost in the crowd. That wasn’t an issue anymore and it made me sad. But only for a second, because while I was reminiscing about the past and how it used to be, there were kids all over the park with me. There were kids who’d been leaning over the railing to see the parade and blowing whistles and cheering.

To the kids, this was the greatest day of summer. Who was I to take that away from them?