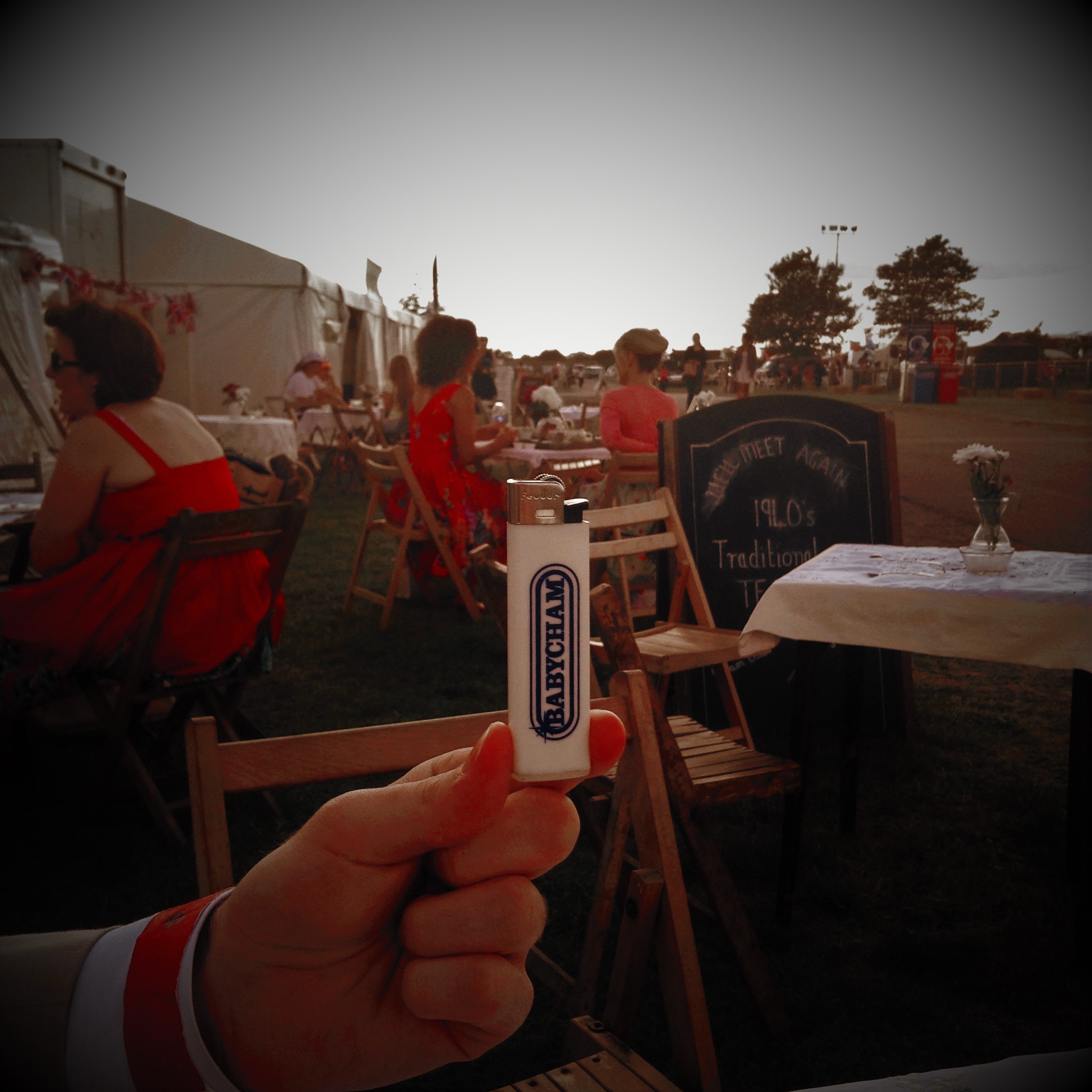 Old motors, live swing, vinyl cramped marquees and a piercing shade of Hepburn, our napalm sunburnt carcasses peeled through Newbury Retro Festival, and it was a rousing world to indulge in, but there were a few exceptions. Given the fantastic effort made by organisers and participants, there was one factor that appeared to have been overlooked, where the people in charge of amenities called it quits for an early supper, and with a wank for pudding.

For everyone unfamiliar with festivals in the sticks, they are Albanian in their strive for ‘cash only’. If you made the typical townie error of turning up with nothing but a debit card tucked safely by your sun-stroked chest, then you’re doing nothing more than weighing yourself down with plastic.  The person in charge of cash machines at Retro Festival seemed to have astounded us with the cunning move of bestowing sod all.

As I walked along the vintage car exhibit, showcasing all that 50s and 60s America had to offer I was staggered by how these artefacts could ever navigate Britain’s roads, a turning circle of Venus around a small bend in Cholesbury. However, this pool of classic motoring was cut short by a man who decided to sandwich his 2002 Renault in between the exhibits. At first I thought he’d just gotten lost and parked in the wrong place but he left a picture on the dashboard, bonnet open, this prat was trying to show it off!

There was an Evil Knievel tribute act, in which two dare devils lunged off a ramp at high speed over cars and steam trains. It was entertaining to watch, but as the lead stuntmen bigged up the ‘finale’ with promises of explosions, fireballs, and singed eyebrows, the end result fell short. He laid down explosives and bags of petrol at the foot of the ramp, but when it came to the jump, there was nothing but a minor soil disturbance (my lighter photo was more explosive!)

Eventually the focus was less on the exhibits and more on the bars and music. Along the line up of 70s style live bands were “The All Nighters” – who played from the hours of 3-4pm, under a backdrop of paper lanterns. The bars were simple and efficient, but busy despite the inflated price of beer and shots. As the evening drew in, and we were turned away from the Cabaret act (despite boasting we were with a reputable travel-writing publication), my editor and I knocked back drink after drink, unaware of the impending disasters about to befall us.

We are the first people to admit that we’re not the most organised at the best of times, but as we stood outside the festival gates, pleased that we were let out with our drinks, I turned drunkenly to my editor, whose face had gone blank, and said, ‘Where the hell are we?’

We staggered along for miles across dark and single roads, nearing midnight, and every time we saw the glow of an oncoming car it was Purgatory as we lunged face first into the stinging nettled safety of a roadside ditch. Another time, we stopped, hearing a car in the distance.

‘Is that coming towards us?’ I said to my editor.

We were wrong, and forced to leap into the muddy bank, I began to slip back down into the road, and we pulled out our phones as beacons to avoid getting run over. This continued for hours as we walked with the naive hope that a bustling town was going to pop out from behind the next set of trees. Eventually, confident that our decisions could no longer be trusted, we called fellow Lighter Journal writer, Caitlin O’ Sullivan. She suggested we head back to the Newbury Showground, and the dark juggle with roadside death began again. 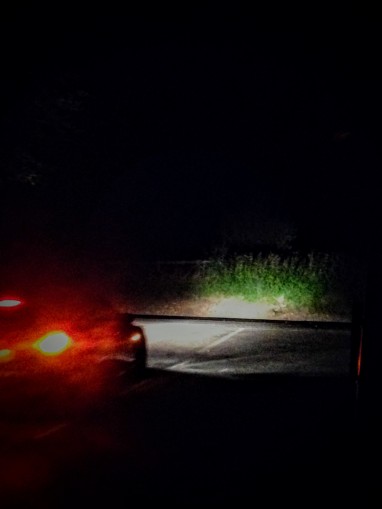 It was as we slumped helplessly by the Retro Festival sign that divine intervention lent an extraordinary hand. Head lamps appeared and illuminated our tired, helpless, pathetic faces as Caitlin tried to find the number of a taxi, but the hero in his Ford Fiesta, pregnant wife in the passenger seat and four-year-old in the back, happened to be heading in the exact same direction we needed to go. Back to Reading. They offered us a lift, ‘Take it!’ Caitlin told us, and we climbed inside, careful not to jolt awake his daughter. They drove us home, stunned at our circumstances. Had we not stayed later the roads would’ve been even more dangerous, had we not taken that 3-hour trek in the wrong direction, had we made all the right and logical decisions we would never have met our saviour and might never have gotten back home.