High summer. A time when even the most reclusive of us are forced outdoors by picnicking relatives and family holidays. It’s the time of year when cocktails in the afternoon become a reasonable suggestion, and our sun-starved skin gives us tan lines we’ll spend the rest of the year trying to cover up.

There’s only one place to be when the sun is bright and the wind isn’t blowing, and that’s the beach, if you can find one that hasn’t become the new Mecca. 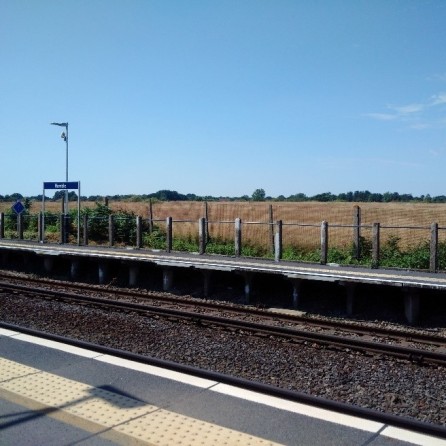 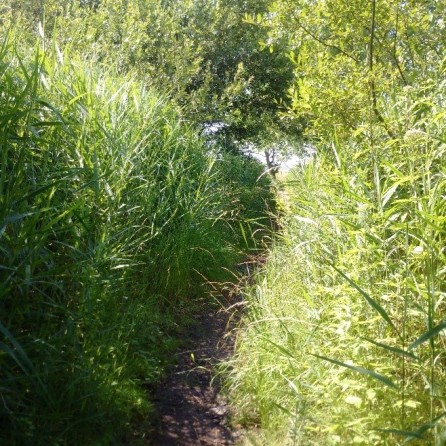 Tucked away on the edge of suburbia, or twenty minutes’ walk from Hamble’s isolated train station, lies Hamble-le-Rice. By day, the population consists of a few elderly dog-walkers and mothers with prams, all but emptied out by the London commute.

My friend and I found the beach by phone map, and a general ‘that way’ calculation as we meandered through the deserted lanes and cul-de-sacs to a trail heading down to the shingle.

Hamble-le-Rice has the kind of beach where you can collect plastic bottles and scraps of the human world. With its graffiti-concrete and picturesque factory views across the river, this beach is no Ibiza, but instead a place where flotsam and jetsam accumulate in a quasi-Dystopian dump. 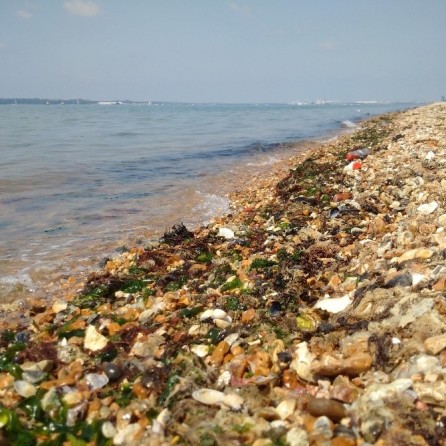 Perhaps it’s the sun, that has a way of making most places look beautiful, but there was something wild and lovely about this ruin of a beach. It was a sad picture, a picture reduced by human presence in the world, but the flowers growing unkempt and ragged along the shingle still turned their faces to the sun. Even the plastic rolling in the water couldn’t quite ruin it.

Lying in the grass that clung to the rolling hills, my friend and I talked of stories and memories and laughed our way through the afternoon.

Eating our scrappy picnic and dusting the crumbs off our clothes, we were content to be and to bask in the sound of the water and the feel of the grass. Without the white noise of other people, the beach was peaceful, a broken utopia, somewhere between wilderness and cityscape. 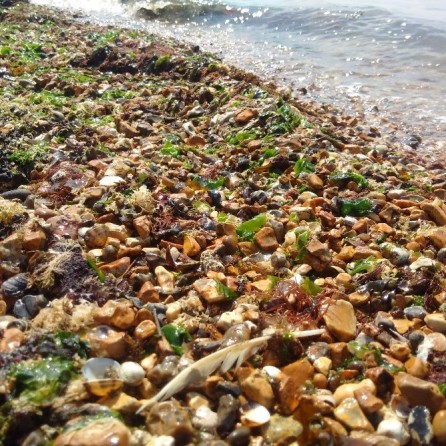 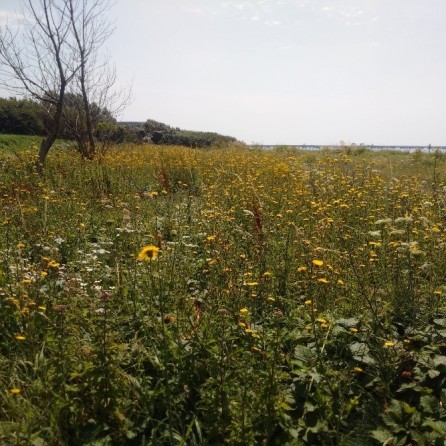 The pavements shimmered on our walk back to the train station, half-sticky beneath our shoes. There was pollen in the air, tossed about by the passing cars.

We found no shops in which to buy a lighter, so I pulled mine from my bag and took its picture against the clear blue sky, spreading over our heads as though someone had painted it there.