In the summer of my first year at university, my dad made me a promise: when I finished my degree, he would take me back to the Harry Potter Studio Tour and buy me Lupin’s wand. Two years later, it was time to claim my prize.

This was my second time visiting the studios, so I imagined, as a mature twenty-one-year-old, I’d be pretty chilled out. Excited but cool about it, that’s what I was hoping for. And I was. On the drive there. Then I saw the huge posters that adorn the industrial building, and once I’d clocked Daniel Radcliffe peeking at me through the trees, I knew I was going to spend the day as an emotional mess.

Before we entered the actual studios, we were ushered into a cinema and shown a compilation of film clips that can only be described as an absolute assault on the emotions, which made me feel like I was being hugged and punched in the face at the same time. If you’re unsure whether or not that’s a good feeling, believe me, it is.  Especially when you’re about to stagger into the behind-the-scenes wonderland of it all.

The first set we entered was the Great Hall. Last time, I found it a gentle excitement that built as I looked around and realised that yes, I was actually standing in the film set – but this time around, I was a wreck.

While kids ran up and down the aisle in their replica robes and adults strolled around capturing everything on cameras, I just stood there and tried not to cry as I thought about how wonderful it all was, how I was in the Great Hall, how I felt like a wizard, then remembering I wasn’t a wizard, and then wanting to cry again. The majority of the day was a demonstration of facial aerobics as I tried not to sob in public. 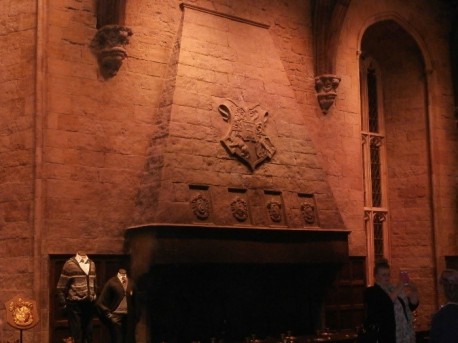 Past the Great Hall, the sets were crammed together, Dumbledore’s office opposite the Potions Classroom, the Weasley’s cottage and Hagrid’s hut, the Gryffindor common room in one end and Umbridge’s office in the other. A great wall of portraits stretched up to the ceiling, a framed circle of wands, a rack of costumes, the Mirror of Erised, and – horrifically enough – Charity Burbage dangling above a table surrounded by Death Eaters.

In a huge pen, much like a bizarre charity shop stock room, all sorts of eclectic items were stored as if these curios were an inconvenience; a huge gramophone, stacks of desks, a bottle of Skele-Gro, a Hogwarts trunk.

There were other people there, of course, but I didn’t register them. That’s all it is, in essence: a massive room full of fascinated people, floating around in their own bubble of wonder. 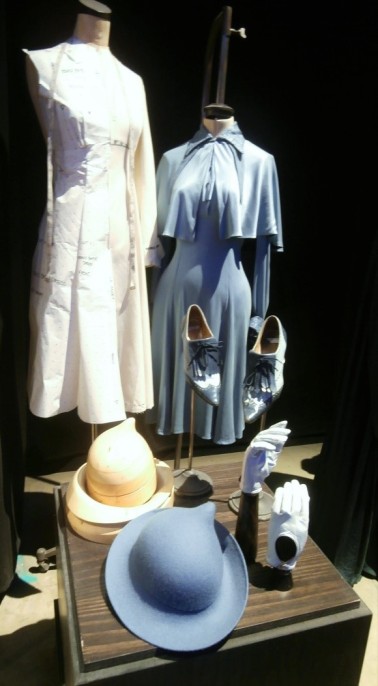 My favourite part was the music. I know it seems daft, especially since it’s all on YouTube, but hearing the film scores while looking at the amazing objects and sets just elevated the experience. There’s just something about taking away its true visual accompaniment that made me appreciate it as deserved. I remembered each piece and the emotions that went with it, and it was such an overwhelming, impossible feeling of complete, enchanted content. 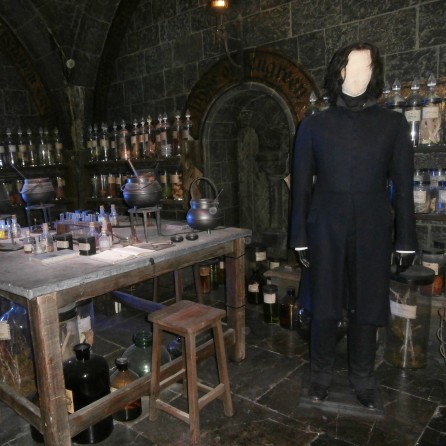 As huge as the first room was, there was still more, and what was waiting for me was a new addition since I last visited: the Hogwarts Express.

The beauty of the studios is in how everything is perfectly set up to create charming, unspoiled memories. I walked along a corridor filled with film stills, each a little teaser, a poke in the side, beckoning me onwards. One turn of a corner and there it was, engulfed in steam, its paintwork red and shining. That’s what’s so thoughtful about the studios – some places are built for one single day of enjoyment, but the studios are created in a way that means the day is savoured and the memories kept forever.

It’s impossible for me to tell you all the spectacular things I saw in this one post, but personal highlights were the Knight Bus, Hogwarts Bridge, Aragog and an animatronic Buckbeak, as well as the inside of Privet Drive, open exclusively for one week.

And of course, where else could I have taken my lighter photo other than by the great castle itself? I stared for a long time at the little windows with their flickering lights, at the great turrets, the greenhouses, the trees, the boathouse.

The only thing that coaxed me away was the thought of how close I was to owning my wand – and as I travelled home, emotionally drained yet utterly satisfied, I clutched the box to me.

These films were what I watched back to back when I was ill, what I acted out with my friends in the school playground at lunchtime (I was always Harry), and, if I’m honest, Daniel Radcliffe was my first crush. They were such a dominating presence during the youth of my generation, and will always be special to so many of us. They’re not just films. They’re ours, and they mean so much.