Altaria, Umi Sonoda and Elizabeth Comstock walk into a bar…

I’m sure you’ll have realised by now that we at The Lighter Journal have recently finished our degrees. And while many of us have gone jaunting off on wonderful adventures to countries far afield, my friends and I went for a much simpler celebration: London Comic Con. For two whole days, baby.

Comic Con is essentially a huge event celebrating everything to do with popular culture: films, games, TV, anime, comics. At its most basic level, it’s a massive geeky market.

Although by no means compulsory, for us it’s always more fun to go in cosplay. And never one for subtlety, I decided to parade through the streets in bright blue whilst singing ‘I’m blue, da-ba-dee-da-ba-di’.

It was my interpretation of the Pokemon Altaria, and I was pretty darn pleased with the result, especially my handmade diadem.

Comic Con is not an event that begins at the venue. The moment you go out in public dressed like –well, this – it has begun.

Taking public transport in costume is one of my favourite parts of the day. Getting a stiffly dressed business man to crack a smile is incredibly satisfying, and the spellbound stares from children who tug on their mothers’ sleeves and declare ‘that lady has pretty hair’ are so heart-warming. As far as I can tell, cosplay is all about sharing; everything from sharing excitement with the fandom you’re representing to sharing a smile with a little girl on a train or a cashier in a shop.

The event itself is a summary of all that is ridiculous, amazing, utterly unnecessary and yet immediately needed. There are two huge rooms crammed full of stalls selling plushies, manga, Pop figures, jewellery, mugs, wigs, Viking drinking horns (why not?) T-shirts, swords, and I’m still only listing the contents of one aisle. So it’s not very surprising that I managed to spend so much money. So much. 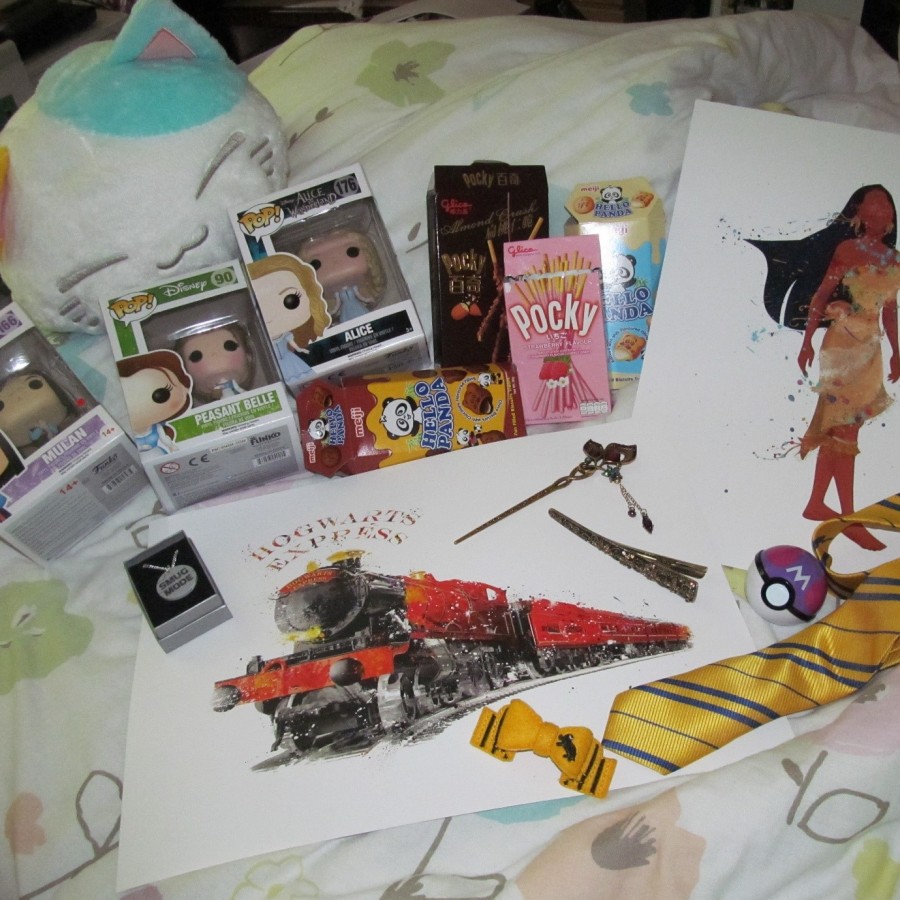 My most-loved purchase was a squishy toy cat, which I named Pocky Panda after the Japanese sweets I lived off for most of the weekend.

Since day one consisted of buying-everything-in-sight-until-my-purse-was-empty-and-then-trying-to-pay-with-tears, I was determined not to spend much on day two. But there was one thing I couldn’t resist buying.

I’ve always been opposed to buying autographs, considering it to be cold and clinical. But then I found out that Chris Barrie, of Red Dwarf and The Brittas Empire fame, was going to be there. And while I realise he’s not exactly an A-list celebrity, and you may not even recognise his name, I’ve still dreamed of meeting him for years. And I just happened to be cosplaying Rimmer. It was fate.

I was oddly calm in the queue. Everyone seemed pretty chilled out and open for a chat, something which peaked with me posing with another Rimmer cosplayer who did a double take of me before pointing with a frankly intimidating level of zeal.

After an hour’s wait, I was next in line to meet him. This was essentially a matter of Freak out! Le freak, c’est ARGHHHHH. It was ridiculous. He’s just a person who happens to be on TV, in shows that began before I was even born, but no, apparently my brain considered that a good enough reason to turn to utter mush. And the rest went something like this:

‘F-f-fine… how are you?’ Why did I say that? Help me, I’m doing inane bus stop small talk.

But then a glorious thing happened. He clocked my outfit. And with a single finger raised, he turned to take it in, nodding quite sincerely. ‘I like that.’

At which point any attempt at conversation was lost, because I was too busy having an internal happiness disco. Chris Barrie complimented me. Back of the net.

After he’d signed a couple of photos for me (I even got excited when he repeated my name back to me, there was no hope left) and posed for a beautifully awkward photo, I staggered away, with autographs clasped gently to my chest and little understanding of what the hell had just happened. But I did know one thing. It was bloody amazing. 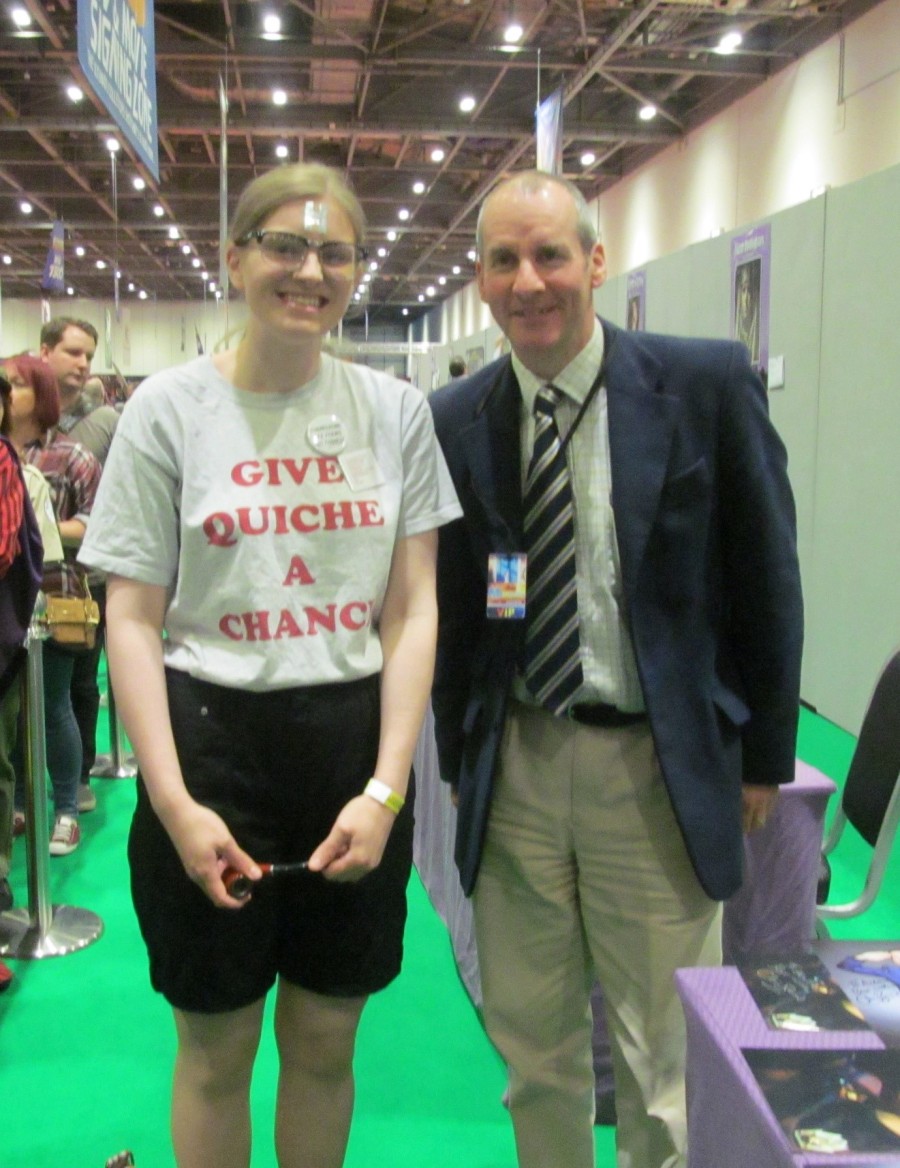 Ecstatic but skint, the rest of the day was very much dedicated to the non-wallet-punching elements of Comic Con. 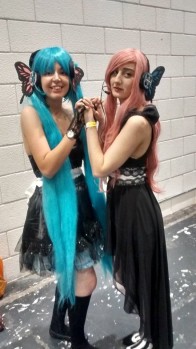 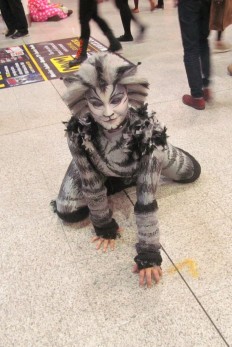 While there is no question that you will see amazing costumes wherever you are, taking a seat in the Cosplay Parade is a way of making sure you really do get the full experience. They’re a simple thing; cosplayers have a couple of minutes on stage to walk/stride/boogie about to music that relates to their costume. The best by far was an armoured Baymax from Big Hero 6, but a definite shout-out needs to go to Thorin Oakenshield, who flounced about on stage mouthing along to ‘Mine, Mine, Mine’ from Pocahontas. 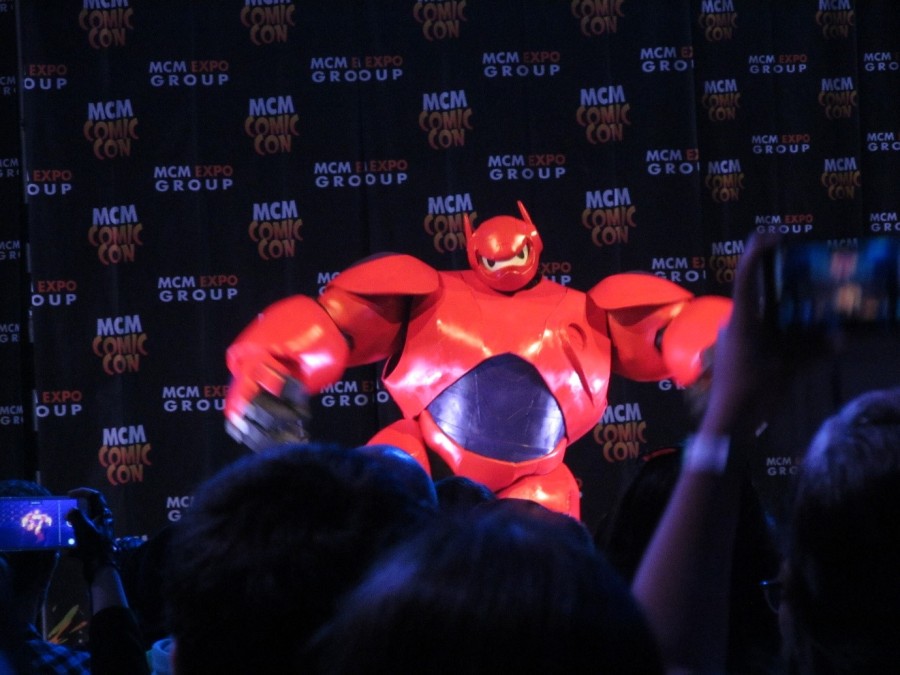 The first time I went to Comic Con, I kept asking my housemate, Lizzi, if I really should go, insisting that I didn’t know enough about certain fandoms, terrified that I would feel out of place. That makes me smile now, because if there’s one place in the world where no-one could ever feel like they don’t belong, it’s Comic Con. 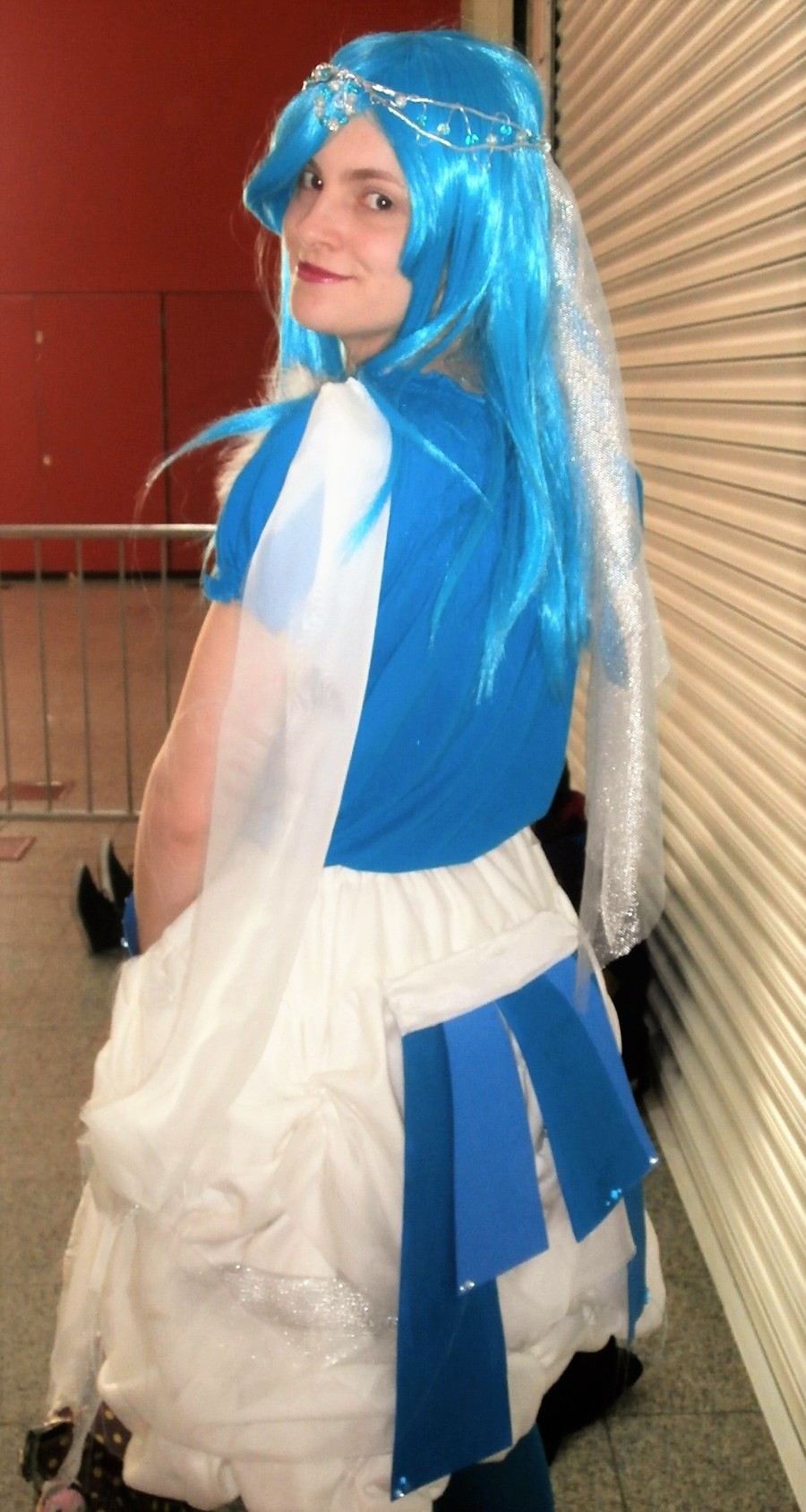