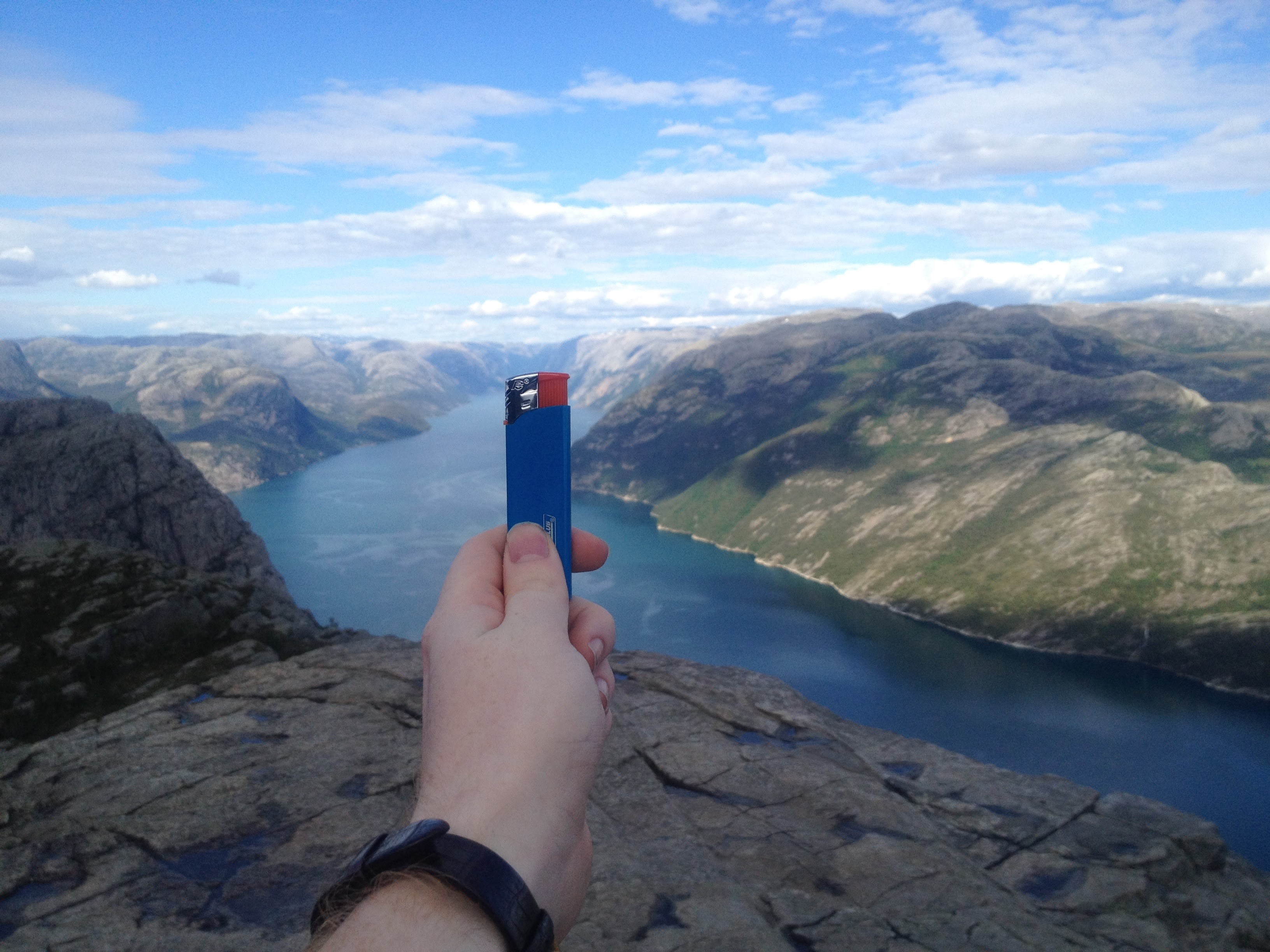 Away from Hard Rain
Joel Emmons
I’ve come up with a recipe for desertion; one teaspoon of low expectations, one ounce of limited prospects, a dash of anxiety, and pressure at will. From Stansted to Oslo, it was the first flight I’d been on for 12 years. I thought about the plane going down; a burst of flames, and cabin-spread panic, and with my second hand iPhone I thought about the last song I would want to listen to as I plummeted to my death. My death song. I chose Bob Dylan, A Hard Rain’s A-Gonna Fall.
We rented a motorhome from some Serbian immigrant, who had pictures of children’s hands above his desk. Regarding insurance of a second driver, he said, ‘That’s just between us,’ and so we took off, rocking over the strange and mountainous terrain of southern Norway, a leaf out of the beat generation, and in the Mexican huaraches of Jack Kerouac. 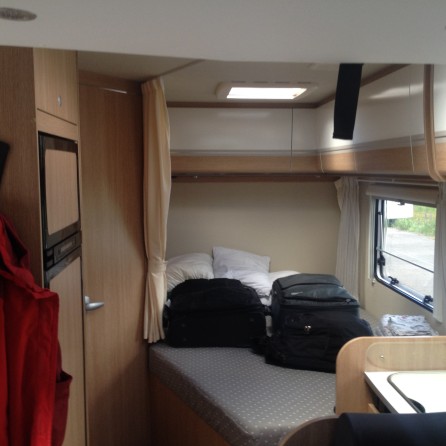 On our first night we stayed in a cemetery car park on the outskirts of Stavanger, since it was free for 2 days. It was a war graves plot, Eiganes, and it was there we learnt that Norway never gets fully dark. Midnight was the same colour as our evening, and the graveyard looked even creepier as a result. 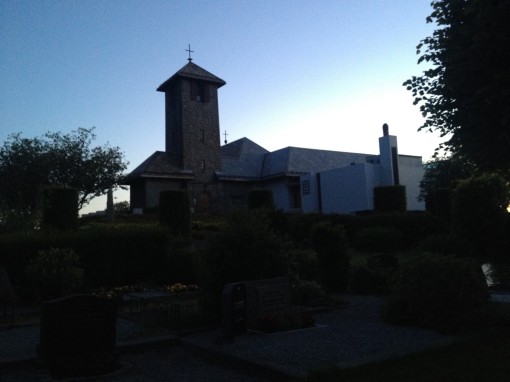 That morning, however, we were woken by conversations on all sides of the vehicle, as though people had circled around it for some kind of street performance. We got out of bed, and peeked out the window to see a once empty car park, completely full of people. Everyone was dressed in black, and some were wiping their faces with the last of the dry spots on their overused tissues. We couldn’t tell if it was a funeral service, or just some memorial, and from the toilet window, I saw two women sharing sad stories, one with young and waterproof skin, the other strained, like a rotten sponge. We got dressed as quickly as we could and got out of there.
That morning, we headed to our first destination; Pulpit Rock. I was editing on the road, and through pathetic mobile internet, I sent off my first revisions for Luke and Deanna (two writers on the site). I stepped out of the motorhome to a horrifically bright sun, soon-to-be undercut by jealous rain. On our hike up the 2,000 ft high mountain, growing more dangerous and lubricated from the downpour, we stepped over Takeshi’s Castle tourism, as Japanese men, women, and children clambered over each other, balancing for their lives.
At the top of the cliff was a large plateau, stretching over a long drop. I stood close to being tipped over by wind, and felt faint as I looked down to the rocks below. There were people doing yoga and handstands over the side and we were just waiting for one of them to mess up and go over. It was here I took my lighter photo.

Writing and editing on the road is no easy feat, and offers limited protection. On a sudden brake, I fell shoulder first into the table, knocking it off its hinges and my notes, laptop, and drinks exploded across the back of the motorhome. Fortunately, the laptop was undamaged.
We continued to our next stop, Flåm Railway. Heralded as one of the most beautiful train journeys in the world, we set off and took a gamble on which side of the train was better to sit on. Turns out it didn’t matter. At what both sides offered; waterfalls, and snow-topped mountains, the passengers jumped up in unison for every photo opportunity. They were cats to an overhead bird. The cabins were blood red, and Lynchian, and I half expected a balding midget in a red suit to come out from the folds and dance to the sound of Jimmy Scott, and to the memory of Laura Palmer.

We spent the last night at a camping park nearby, Flåm Camping. We played poker and drank Prosecco by the bottle in the palm of the mountains, and looked up at jagged fingers. And we headed home the next morning, back to a politically polarised Britain. A Britain where success is full, and adventure mined.
“Oh, what did you see, my blue eyed son?”
I saw two crippled hearts from a lavatory window. I saw yoga instructors, an inch from contortion. I saw photo fads with worn out lenses. I saw a lodge that was black, and a reference you’ll get. I saw the dust on the floor, in a table-duvet. It would not have taken much to tempt me, and in this case Norway was an example of sybaritic overkill. It was a strange place to go, but it was everything I wanted it to be.