Festival season is upon us. If you’re one of those students that can afford a famous venue then knock yourself out. But if you’re like me, and would rather sleep in a warm bed, teddy bear in arm, walled off from the neighbour’s vomit, I have an alternative.

I don’t check Facebook often, and I was surprised to see a pop up for something which I could’ve sworn I wasn’t invited to. An event organised by my course’s indie musician extraordinaire. Tom was the guy everyone knew, maybe not by name but as “that guy who played guitar for us in last week’s lecture”.

The address was fifteen minutes away on Hyde Street in Winchester. I heard the music from the street, and spotted the house by a poster that read ‘Hydefest’. A woman who I’d never met answered the door, and told me to head straight through. So I did. The small back garden of this house was full of people. There were blankets covering the grass, smokers standing by the back door away from the children in the corner, and everyone else was splayed out on the ground, cheering with beers in hand as a man I recognised from The Willow Tree pub introduced the first act. It was a shock; I didn’t think Tom was capable of pulling off a festival (no offense Tom, I don’t know you that well). The band was set up under a canopy, with a drum set in the back, a sound board, speakers and a couple of microphones. I spotted my friends in the middle of the lawn and sat with them. Daniel Eagle was a fantastic surprise, he played some covers, but mostly his own songs, one of which, “Netflix and Kill,” was a hit with YA audience members. At one point, a man and his daughter were seen dancing in their yard a few gardens over.

The weather was scorching, and all the pre-4pm performers got hit by the meddling sun. We had three honey bees playing chase around the blankets and our feet, but no one paid them any mind. We were all too engrossed in the music, beer, and chat. One guy, who looked like he’d jumped straight out of That 70’s Show brought his own percussion egg to add a little extra something to the music. He was actually pretty great.

So far as anyone knew, Hydefest went perfectly. When they ran ahead of schedule Tom asked a woman who had performed with another act to come back and do a little solo. Cat Eliza T, who was my favourite of the night, gave me her lighter to use for the journal. Neon yellow, perfect for this day of brilliant sun, and intense happiness. When the night came, everything had cooled down, and fairy lights were switched on, illuminating the path and garden. It was like a dream, amplified by the last band of the festival, Head North. They were older men, with an accordion, and music that made me want to form a Ceili. I had taken Irish dancing lessons for years as a child, and whenever I heard an Irish jig, the urge to get up and fling my feet around was almost uncontrollable. My poor attempt at starting a figure dance was made up for by everyone jumping around in time for the last two songs. 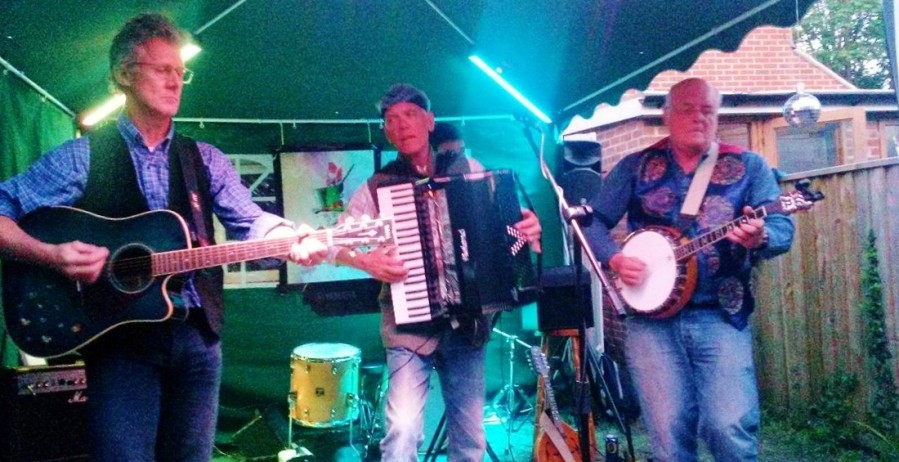 And then it was over. We got an encore, but all too quickly the cables were collected, the speakers were coming down, and all the blankets had been folded away. I tried to get another picture with the lighter, but couldn’t capture the colour in the darkness. That was it, the magic of Hydefest had passed. That backyard festival may never happen again, but the groundwork was set. Tom showed us how a simple trip to Homebase can make unforgettable memories, and that anyone can do it. 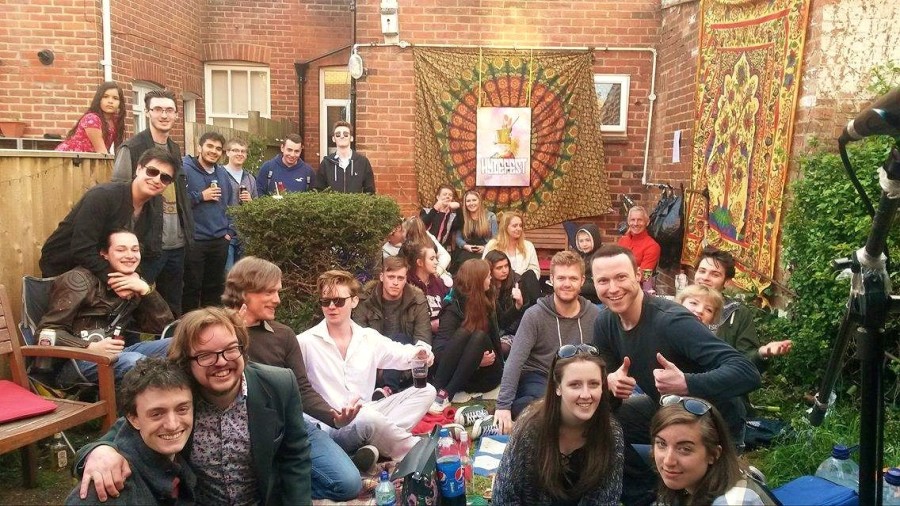 Check out some of Hydefest’s artists!

Close to the Coast