A Ride on the Poppy Line

Where’s your favourite place in the world?

It’s taken me almost 21 years to decide on mine. But standing at the station, stray hairs escaping from my 40s hairdo, soot on my forehead and coal dust in my eyes, the answer is clear. It’s the Poppy Line.

This is the charming nickname of the North Norfolk Railway, and refers to the rushes of poppies that grow along its tracks and up the ash-stained valleys throughout the summer months. Although axed in the infamous Beeching report of the 60s, the Victorian line is now preserved as a five mile trip into the past.

Sometimes it’s hard to see history as anything other than black-and-white, but the NNR’s three stations beg to differ. There are metal signs everywhere, their daring shades of burnt orange and shocking yellow adding a glamourous thrill to the motor oil and medicine they’re advertising. Anything that can be has been covered in the railway’s iconic green paint; from the luggage trolleys to the oil lamps, and it even makes the building’s guttering look dapper. Red punctuates the picture in the form of telephone boxes, fire buckets and post boxes, the vermillion icons of yesteryear.

The station buildings each have their own hidden treasures inside. Holt’s newly improved museum tells the story of the line through all manner of railway curiosities, Weybourne boasts a huge carriage and maintenance sheds to explore, and Sheringham’s gift shop has been the reason for my pitiful bank balance many a time (although I now have a smashing collection of tin signs.)

A ride on the railways is all about the train journey, something I was gleefully aware of as I found my favourite carriage and traced the forgotten fingerprints on the window, leaving my own mark in their place.

I was quite content as I waited for the train to leave Holt, rattling my vintage lighter in an attempt to get the numbers on the tiny dice inside it to match the ones I was thinking of (they didn’t.) A glorious find in a nonchalant scavenging of the antique shops that morning, the post-war lighter seemed a worthy companion for the day.

The guard’s whistle sounded, snapping me out of my failed dice game. He was waving a little green flag that shrank like he did as the engine pulled me away into the beautiful English countryside, where country ponies grazed in sweeping fields while matchbox-sized houses collected together in distant villages behind them. Soon, the wooded hills and gorse-covered valleys of Holt were replaced by the unmistakable copper and oatmeal canopy of Weybourne.

Although it’s the only station without a town to visit past its criss-crossed gates, Weybourne is my favourite place on the line for one reason: classic comedy. With starring roles in Hi-De-Hi and Dad’s Army to its name, I can never resist retracing the steps of some of my favourite sitcom actors – but since the train was already chugging out of the station, it would have to wait until the afternoon. 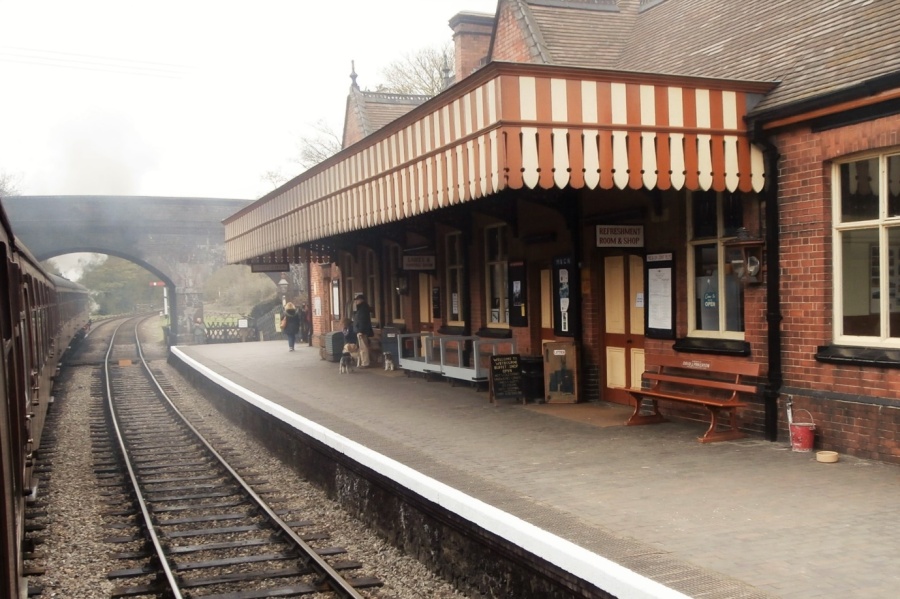 The smell of steam beckoned me further, and I pushed the window open as far as it would go so I could stick my head through with childish delight, fingers chilled by the draught as I held on to the windowsill.

Steam dissipated over the countryside, the same wind that moved it plucking at my hair and blowing coal dust into my watering eyes. I focused on the chuffing engine, letting it block out all other noise, relaxing into the sway of the train as it rocked me back into a past century.

All too soon, I could see the sea and knew that there were only a few more minutes to savour before I arrived in Sheringham. I spent them madly waving at golfers as the train passed their club, beaming at the novelty when they paused mid-putt to return the gesture.

It’s always a little sad to step off a steam train, to hear the click of my heels dull as they move from the wooden floor to the paved platform. It’s as if a certain magic is being left behind. But the day was only just beginning, and after a pot of warm tea and a brownie slice in the delightful station buffet, I was ready for more exploring. I had a new lighter to find and an adventure to have in the seaside town of Sheringham, a place so lovely it warrants its own post. Come back next week to read about it! 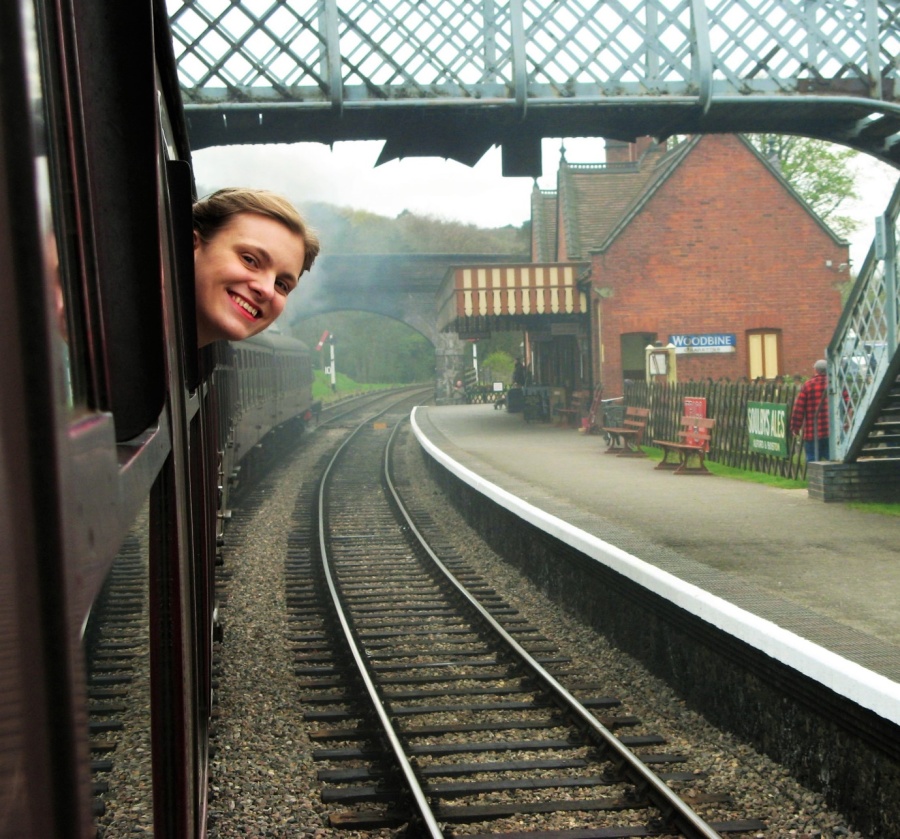