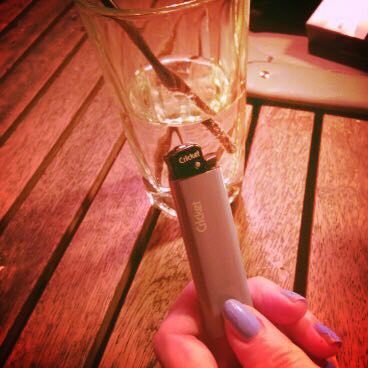 Not for the Faint Hearted

Stepping off the coach after an eight hour journey and landing your feet on the groggy pavements of Great Yarmouth, my home town, is like being on a high, sunny cliff top and jumping into the cold, thrashing sea. You expect a smooth landing and a refreshing calm, but what you really get are rocks, and waves so furious you’re unlikely to make it to the surface. And if you do, you’d probably wish you didn’t.

Coming back to Yarmouth on short breaks over the past three years has opened my eyes to how much hatred I really have for this small town. But that is not a hatred for the people, well, maybe there are some exceptions. As soon as the coach arrives, I’m instantly grabbed by the shadows, and suffocated. The sight has never changed. There are many men drinking outside the Troll Cart, (our Wetherspoons, and very fitting) and the town’s local beloved puppet man dances somewhere nearby, most likely opposite McDonald’s, where the under-age gather to smoke and, I assume, drink. It makes even a twenty two year old anxious walking there, even though I have many memories of my fourteen year old self and a bottle of frosty jacks, causing exactly the same amount of trouble. So, I can’t understand why I’m surprised when one of the first things my friend Connor says to me is, ‘Yeah, I saw a women get beat up by kids outside McDonald’s the other day for no reason. No one’s done anything though.’ Lovely.

Walking through the town feels like I’m walking on eggshells. Maybe I’m just a nervous person, or maybe my mind is just contaminated by bad memories. Walking with Connor doesn’t particularly help. Yarmouth hasn’t been kind to him, although he hasn’t been kind to Yarmouth. He proves a point time and time again that you are what you wear. He rolls his eyes at chavs and screws his face up at anyone he thinks is unattractive, boy or girl, while pouting his massive lips in the shop window, cigarette in one hand and sass in the other. Wherever he goes he’s likely to be stared at, and I can’t count the number of times homophobic slang has been spat his way.

I’m glad to have avoided the town centre, where the only thing great is the fish ‘n chips. But for every positive comes a negative. They attract the huge dirty pigeons which are furious as hell. I’ve seen them pluck chips inches from people’s faces, watched children kick them and even seen one in a baby’s pram. You can tell when someone’s picked a risky parking spot in Yarmouth, when it’s covered in white where pigeons have marked their property. I’m also glad to have not been handed the complete chore of walking with Connor near them, with his screams echoing the streets. They are fearless, which is probably the word I would use to describe Yarmouth; the people, the place, and the pigeons.

I’m thankful that my sister can now drive to avoid a horrible bus ride home. Nine times out of ten its a normal journey, but that doesn’t take away the number of times I’ve been intimidated, had my hair stroked, been poked and followed home in my younger days. We ride up the seafront, also known as the ‘golden mile,’ where drivers go on a Sunday night to race up and down the front. It can look very appealing with the lights and the arcades and the beach facing opposite. What was once a busy tourist area, is now decaying, especially in the winter months. Like many seaside towns, as soon as the night comes, the streets are buzzing with the intoxicated, and if you’re looking for drugs you are sure to find them. It is here that I silently ask not to be invited out, but I knew as soon as I saw their faces I’d join them.

But I do feel a sense of community, surrounded by the most loyal people I’ve ever known. I’ve had strangers help me when I need it and seen the people of Yarmouth come together for justice when the puppet man’s equipment got stolen. So, as I pass my cheap lighter to those who ask to borrow one that night, which they take as an invite for conversation, I ask myself if I would still come back to this hell-hole for a night out if I didn’t have any family or friends up here. The answer is yes. It’s a yes, simply because it’s not boring, and that’s the charm. ‘Great Yarmouth,’ not for the faint hearted.